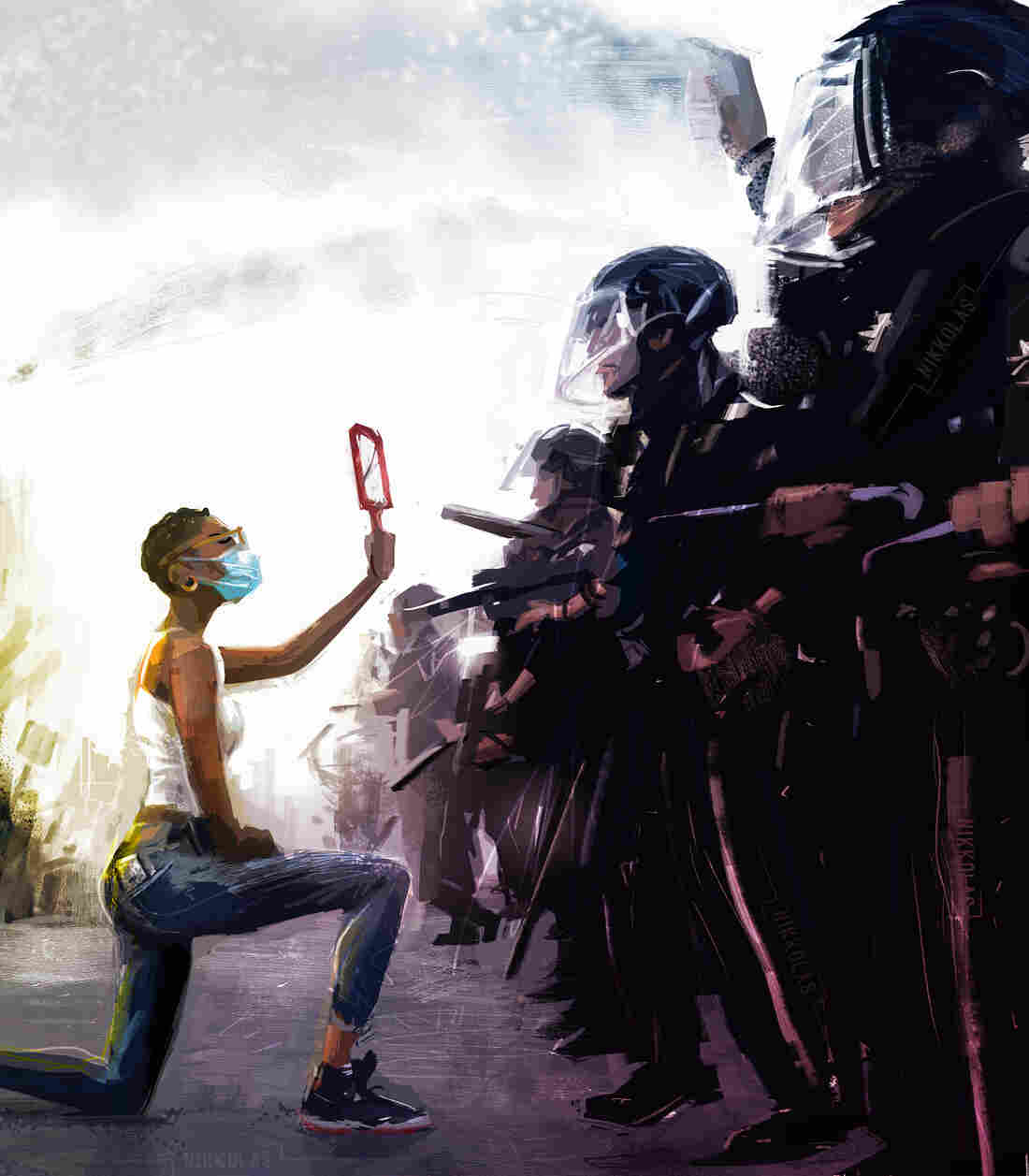 Artist Nikkolas Smith found inspiration for this painting in Dai Sugano's photograph of a protester kneeling before police. Smith posts his digital paintings — many with social justice themes — to social media in the hope that his art will inspire change. Nikkolas Smith hide caption

Nikkolas Smith calls himself an "artivist": an artist and an activist. For the past seven years, the Los Angeles-based concept artist has celebrated and mourned Black lives in his work. He says he's following the lead of the late singer Nina Simone, who advised it's the artist's duty to reflect the times.

"I'm always looking at what's going in the world and trying to reflect that," Smith says. "There are so many Black lives that have just been taken from this Earth. I've been trying to trying to process how that made me feel as a Black man."

Smith's portrait of George Floyd, whose killing by a police officer sparked worldwide protests against police abuse, is now the centerpiece of billboards in New York's Times Square and the Beverly Center shopping mall in Los Angeles. Its caption reads, "Rest in Power, Beautiful." For the semi-abstract image, Smith used what he says were "violent" brushstrokes around Floyd, who wears a tuxedo.

"The piece has George Floyd staring directly at you with a little bit of concern in his eyes," Smith explains. "I feel like he's questioning what is going on? Why did this happen to me? I want my art to show the world this was a human being who should still be living on this Earth."

The group Black Lives Matter commissioned Floyd's portrait for the billboard and a video tribute to victims of police brutality.

"Nikkolas is one of those artists who call on us to change the way we see ourselves," says Kailee Scales, managing director of Black Lives Matter Global Network Foundation. She says after seeing his images online go viral over the years, BLM invited Smith to Art Basel last year, and asked him to create a logo for its "What Matters" civic engagement campaign. She says his portraits of George Floyd and others are in line with the group's message about honoring the dignity of Black people.

"He often captured people in their happy moments right before they were felled by violence," says Scales. "And so that really honored Black Lives Matters' spirit of creating humanity for Black people."

Smith's fans include former first lady Michelle Obama, who posted his George Floyd painting on her Instagram account, and singer Rihanna, who retweeted his painting of the late hip-hop star Nipsey Hussle. Smith has painted civil rights, sports and cultural icons as well as police abuse victims, including portraits of 26-year-old Breonna Taylor in her EMT uniform, 18-year-old Michael Brown in a graduation robe, and 25-year-old Ahmaud Arbery in a tux.

A lot of my pieces are unfinished. I feel like that kind of is a parallel to these people's lives because they did not get a chance to really finish their life like they should have.

"Typically, I like to create something a little bit more joyful, even if it's a tragic situation," Smith says. For his portrait of Ahmaud Arbery, "I said, 'you know what? I have to draw just the tragedy, that terror and the pain that I'm sure was on his face.' I wanted to, in my abstract oil painting style, just create a really kind of fluid piece with a lot of emotion. It's kind of violent. It's not finished. A lot of my pieces are unfinished. I feel like that kind of is a parallel to these people's lives because they did not get a chance to really finish their life like they should have."

That sentiment impresses MacArthur Fellow and UCLA professor Peter Sellars, who teaches courses called Art as Social Action and Art as Moral Action. "The beauty of Nikkolas Smith's unfinished portraits for unfinished lives is haunting, and also resists the old kind of empire, you know, casting somebody in bronze and marble and granite and just says, no, no, this is human flesh. This is something that's so provisional and fragile. None of us are finished with what we're here to do. It's extremely beautiful in Nikkolas' work."

Sellars says Smith's portraits are crucial for the current social justice movement. "It's keeping memory alive, and memory is frequently what gives you a level of courage. That's more than you think you have because in fact, you're not alone."

As the youngest of six children, Smith grew up in Spring, Texas, outside of Houston. He says after attending schools that were mostly white, he studied at Hampton University in Virginia, a historically Black college. He earned his masters' degree in architecture, then moved to Los Angeles to work as a Walt Disney "imagineer," designing architectural concepts and 3-D modeling for Disney theme parks around the world. During the 11 years he was there, he began painting his own art on weekends, what he calls his "Sunday sketches." For example, in one painting, he reimagined President Barack Obama and his family as superheroes he dubbed "The Real Incredibles." In another painting, he depicted the late civil rights leader Martin Luther King, Jr. wearing a hooded sweatshirt like one 17-year-old Trayvon Martin wore the night he was shot and killed by a neighborhood watchman in Florida. That image went viral and landed Smith on the national news.

"The message was to say, why does why does he look like a thug now? Because I put a hoodie on him?" Smith says. "It was supposed to, you know, convey the message of Dr. King's dream of not wanting anybody to be judged for their outward appearance." 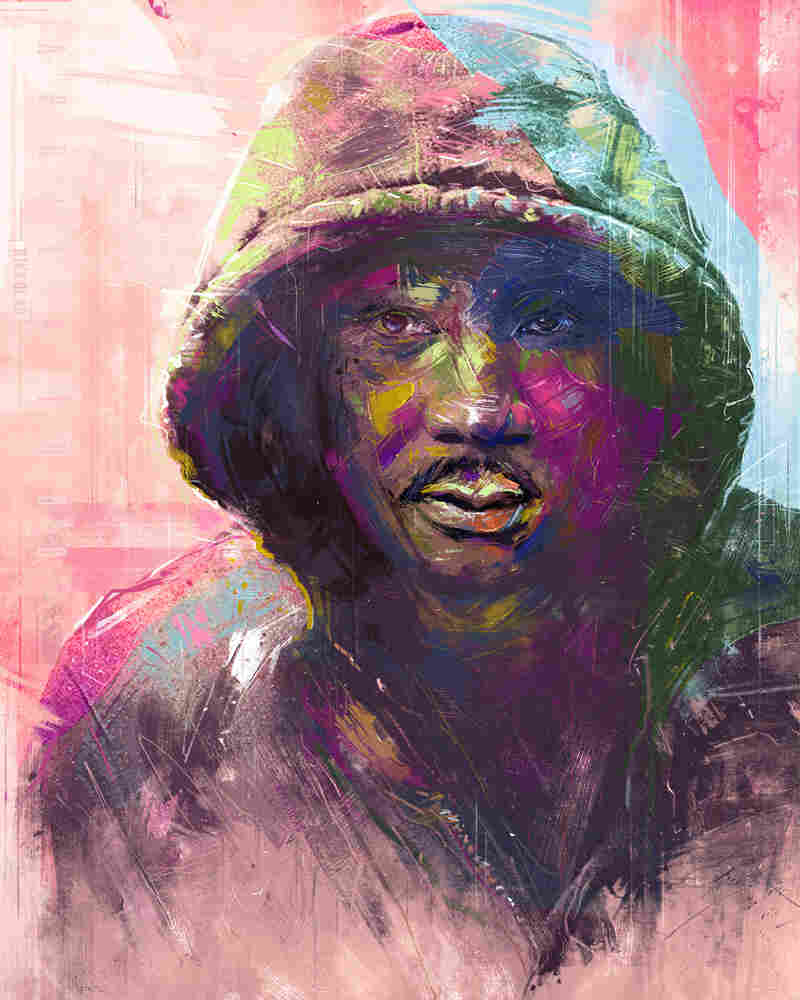 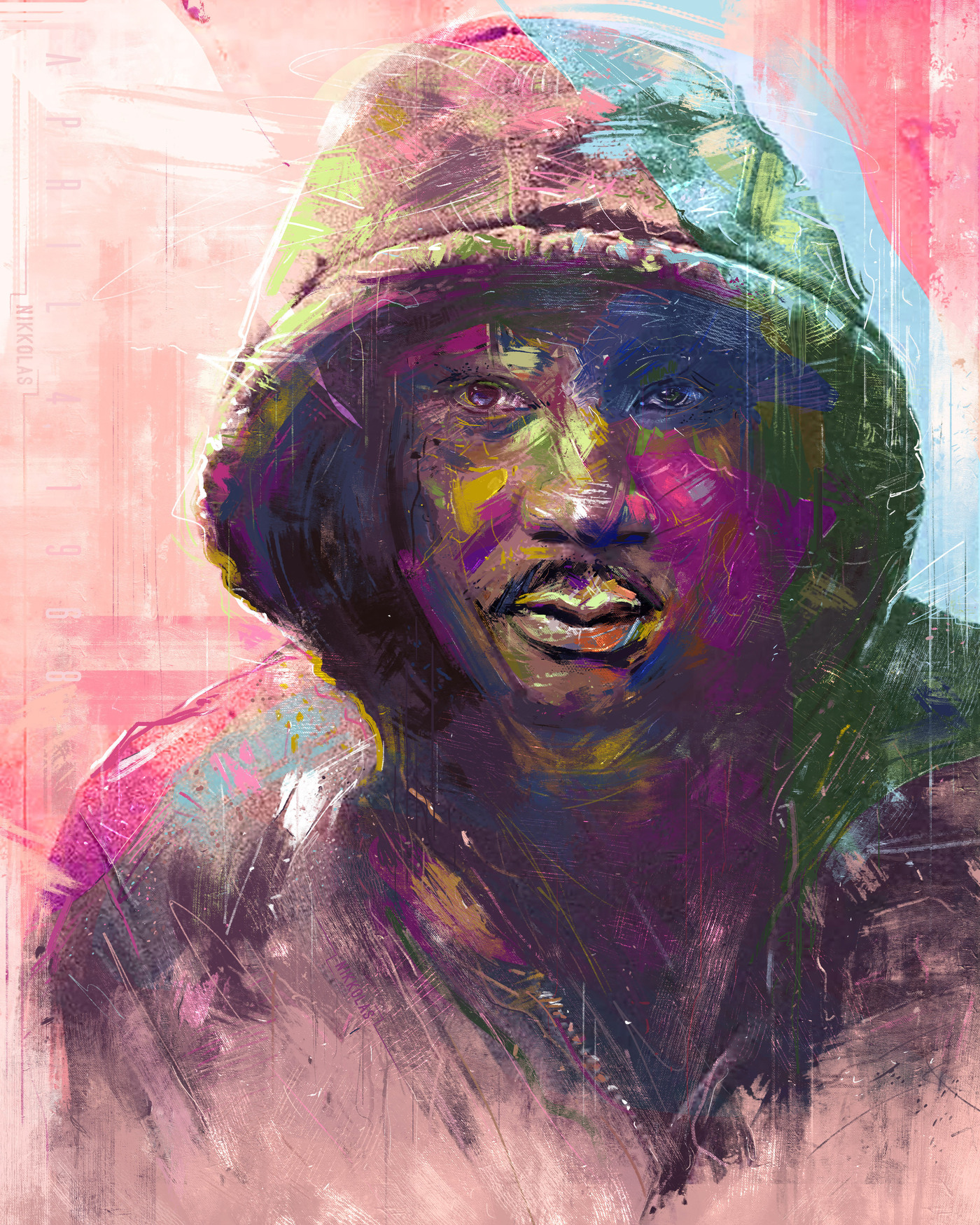 "It's about this little girl who has this gigantic head of poofy hair," Smith explains. "Her best friend is a little white girl with silky hair, and she loves her so much. But she also has to struggle with, 'Why can't my hair wave wildly in the breeze like that?' She looks up to her mom and starts to understand the importance of really loving herself and loving her own characteristics and features."

Smith also created official movie posters for some of his favorite films of the past few years, among them Dear White People, If Beale Street Could Talk, Southside With You and Black Panther. He says all that began when he sent director Justin Simien a sketch. "I sent it to him through Facebook inbox. I was like, maybe you guys could use this."

Smith also teaches art to children, and he continues to sketch every Sunday, posting each image to his Instagram and Twitter accounts. In the past month alone, he illustrated a child outraged over lynchings of Black men, a protester holding up a mirror to a line of police officers, immigrant Dreamers celebrating the Supreme Court's DACA ruling, young people dancing atop a toppled racist monument. Also fatherhood and Juneteenth. 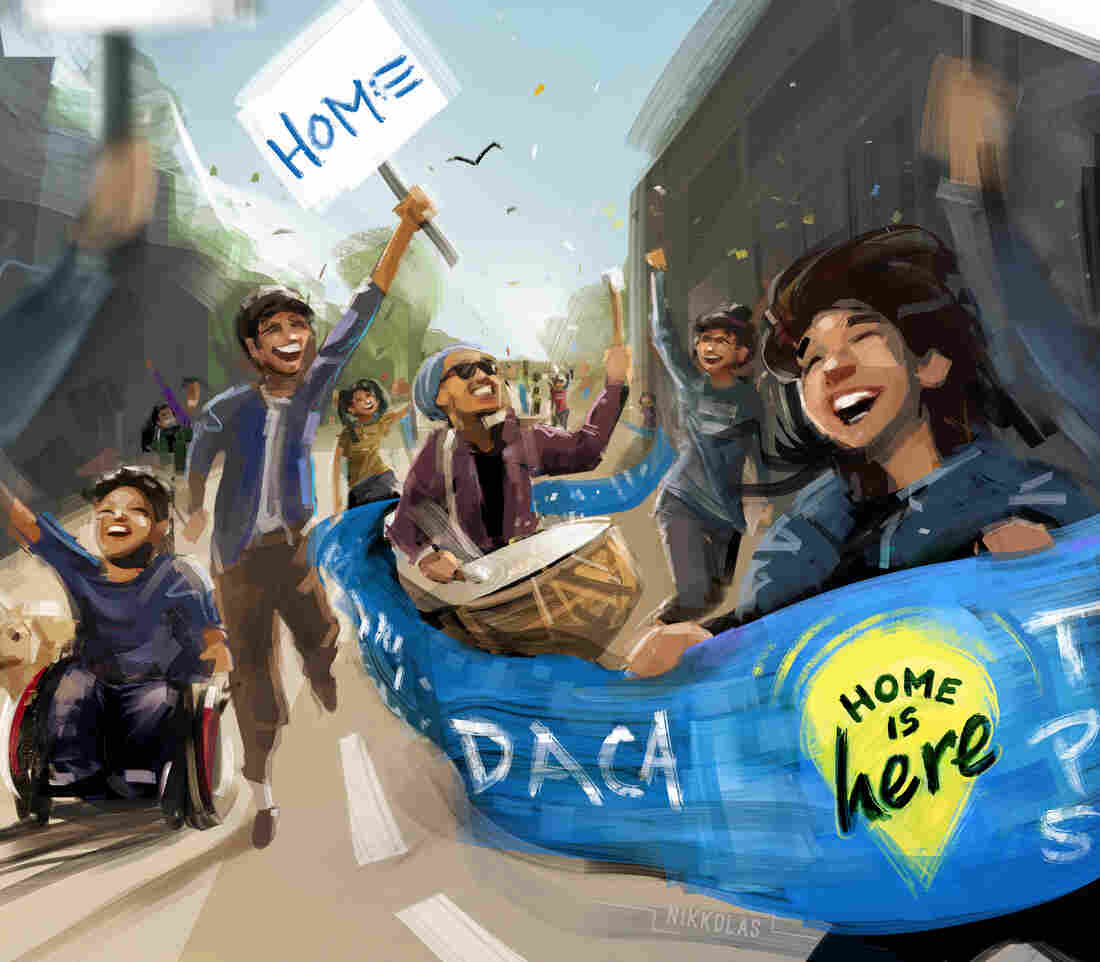 While protesters take to the streets, sometimes carrying copies of Smith's images, the artist spreads his message from home, where he's staying quarantined in L.A.'s Koreatown during the coronavirus pandemic. He and his wife are now getting ready for their greatest creation: Their first baby, a boy.