Birmingham Museum of Art: 5 new ways to experience it from home

The staff at the Birmingham Museum of Art is used to planning for an active weekly social schedule. On a typical day, it's normal for visitors to see docents leading tours through the galleries or hear the tiny voices of children on a field trip.

But on March 13, when the state announced its first confirmed case of COVID-19, the museum cancelled all of its programs. The galleries remained open, but there were no lectures, art talks or tours. To take extra precaution, the BMA provided latex gloves to its staff and visitors, and sanitized the galleries and facilities.

In an abundance of caution on March 15, the BMA completely closed its doors to the public, four days before the Jefferson County Health Department issued an amended order suspending all non-essential businesses, including museums and art galleries.

It didn't take long for the BMA to find ways to help patrons explore the museum while it is closed. Days later, the museum launched BMA Director's Cut — a lecture series featuring director Graham Boettcher as he highlights the institution's different works. Now, like clockwork every Monday, Wednesday and Friday at 2 p.m., Boettcher broadcasts a live video on his Facebook page from inside one of the museum's galleries.

The director's cut series led up the launch of #BMAfromHome, the museum's new digital experience. New offerings include live video, digital exhibitions, and interactive puzzles. The BMA temporarily transformed its website into a homepage for the new digital content. Each Monday, the museum will send an email to subscribers telling them what virtual visitors can look forward to in the coming week.

Art institutions around the world have had to find creative ways to engage their patrons as cities require residents to stay out of public places in an effort to stop the rapid spread of COVID-19. True to its role as a beacon of innovation, Google Arts & Culture partnered with over 2500 of the world's museums and galleries to feature their collections.

The BMA already had a presence online with interviews and digital features. The next step was to streamline the content to make it easy to find, and well as create new programming.

"Never did we imagine that every parent of a school-age child in Alabama would end up being a homeschool teacher for the remainder of the year," said Boettcher in an earlier interview with AL.com.

Fully embracing its commitment to being an educational resource, the BMA will expedite the launch of a new project, "Culture Connect: eLearning Across Asia," a digital platform dedicated to highlighting art from all parts of Asia through educational videos, art activities, and interactive images.

"The date of the launch comes earlier than anticipated, a timeline accelerated by the COVID-19 health crisis, which has left students learning remotely for the rest of the school year," the museum said in an email.

Cate McCusker Boehm, the museum's director of marketing and communications, said the staff's first step to create the new digital programming was taking inventory of the museum's collection. The goal, Boehm said, is to explore different ways for patrons to view the museum's collections, as well as replicate the art workshops that have become popular over the years.

"We have the expertise of our six collection curators, the knowledge of our education department, and a staff who understands the vital role art can play in a time like this, whether it is used for inspiration, reflection, entertainment or healing," Bohem said. She said the content on the #BMAatHome site is just the beginning.

The staff initially thought the closure would be temporary. But once they realized the museum would be closed for more than a couple of weeks, they began to create content on an "accelerated timeline" with the help of a recent hire, the new public programs manager Carey Fountain.

"Our new programs manager, Carey Fountain, just started amidst this new reality, and he has so many amazing ideas and connections within our communities, so there are a lot of exciting projects our visitors may look forward to in the weeks to come," said Bohem.

Amid the changes, Bohem says the museum will also reschedule an upcoming exhibition. "Ways of Seeing: Buildings and Monuments," the fourth iteration of the BMA's series exploring its global collections will be on hold until the museum reopens. The exhibit was originally scheduled to open on April 11.

In the meantime, museum curators will produce digital exhibits to be featured on the BMA's homepage. The most recent digital exhibit is "Birds & Botanicals: Backyard Art and Science" which explores the outdoors through a series of prints.

In the BMA Director's Cut series, Graham Boettcher, the director of the Birmingham Museum of Art, takes virtual visitors into the galleries to highlight a work of art from the collection. He'll go live from his Facebook page three times a week (be sure to turn on notifications if you want to watch him lecture in real time) or watch the videos later on the BMA website.

Work of the Week 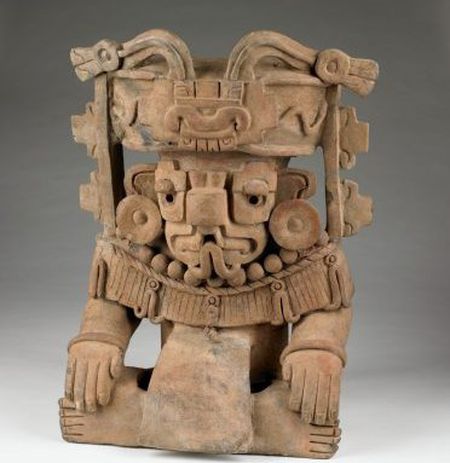 This fired clay urn representing Cosijo, the Zapotec God of Rain is one of the BMA's Works of the Week. (Courtesy, The Birmingham Museum of Art)

With Work of the Week, virtual visitors can read about one of the objects from the BMA's 27,000 works of art spanning thousands of years from around the world. For some pieces, like the Cosijo, the text is accompanied by a 360-degree view and a link to the museum's SMART GUIDE with an audio lecture.

Some of the BMA's most popular programs are art workshops. To adapt the studio sessions for the digital space, the museum compiled a list of instructional videos for projects including wall hangings, art drums, and paper garlands. The site also has printable coloring pages.

For more interactive art sessions, there's Art at Play, a compilation of discovery activities. Using Jigsaw Planet, the museum designed digital puzzles for some of its pieces. Viewers can read about a work of art, such as Ajisai (Hydrangea) by Japanese artist Kamisaka Sekka, then assemble a timed puzzle. For those who miss the experience of looking at paintings silently while unpacking details, activities such as "I Spy" for this Vanitas Still Life can challenge viewers to quiet their minds and take in the works.

These prints from the series Birds of America by John James Audubon are part of the Birds & Botanicals: Backyard Art & Science digital exhibit (Courtesy, the Birmingham Museum of Art)

Curators at the BMA have put together a series of mini exhibitions from works in the museum's digital collection.The most recent exhibit, "Birds & Botanicals: Backyard Art & Science" explores the connection between art and science in the 18th and 19th century through a series of illustrations. Researchers such as scientists, physicians, and gardeners used the pictures to describe the biological properties of plants and animals.

The prints included in the exhibition were originally published in books and the museum provides links to two digital editions. 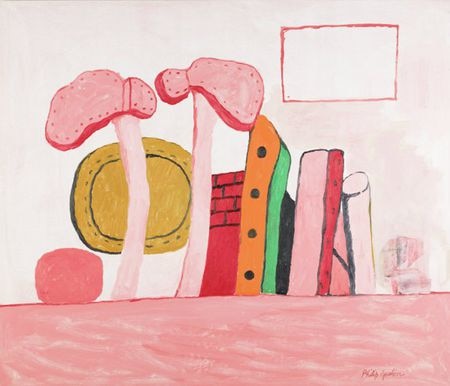 For Art Escapes, members of the BMA staff describe pieces from the museum collection that they look to for moments of zen or inspiration.

Note to readers: if you purchase something through one of our affiliate links we may earn a commission.